This topic that Hamrahe Aval had seasonal sales festival is one of the things that was considered in ideation of this project. Since the campaign coincided with the spring season and also to introduce a new product, the idea of being first fruits for the campaign was chosen. New products in the new season. On the other hand, because the audience of this campaign was young people and they are the ones who are in favor of new fruits (greengage, green almonds and berries) in the spring, this idea was chosen for this campaign.

In the graphic design of this campaign, an attempt was made to show the idea that the product is new. 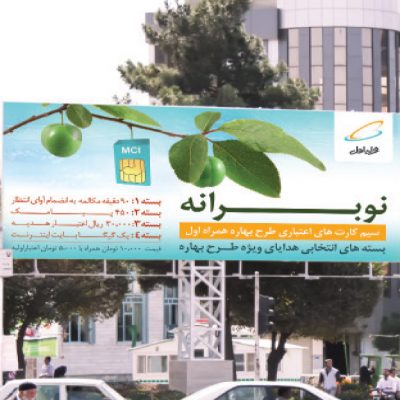